The Top 5 Famous Chefs In India

Indian cuisine is equally entrenched in the world culinary scene. However, it requires more than just a broad and diverse range of authentic Indian recipes to retain this prominence. Over the years, several chefs have sustained this reputation by combining classic dishes with international cuisines, while preserving the original flavors.

One of the wondrous traits of Indian cuisine is the incredibly broad spectrum of available choices. They all stem from India and were developed on the mainland. As a nation, India has a large diversity of soil types, climates, and inhabitants and their cuisine differs in various regions of the country. There are other influencing factors in the cuisine like the spices, fruits, and vegetables as well as the various herbs that are readily available in each locality. In addition, climate also varies from one district to another which is also an essential contributing factor. To this day, Indian cuisine is continuing to expand as the nation keeps embracing the new insights of other cultures. In northern India, for instance, the culinary heritage is significantly inspired by the Mughal rule.

Indian cuisine is equally entrenched in the world culinary scene. However, it requires more than just a broad and diverse range of authentic Indian recipes to retain this prominence. Over the years, several chefs have sustained this reputation by combining classic dishes with international cuisines, while preserving the original flavors.
Without further ado, here are some of the best chefs that India has produced.

Ranveer Brar is one of India's top MasterChef judges. Besides being a chef, he is also a travel show presenter, a gourmet columnist, and a creative food stylist. A Lucknow native, he became interested in becoming a chef through his fascination with the city's notorious kebab sellers.

Touted as the most stylish celebrity chef in India, he experienced his first culinary taste at the tender age of six, at langar in a Gurudwara. He gained the majority of his culinary education on the old Lucknow streets, which he applied during his time in Boston, he started Banq - a Franco-Asian eatery that earned him the Wallpaper magazine's award for the world's top new restaurant. In the recently completed years, he has been the host of five TV shows and also a judge on season 4 of MasterChef India. 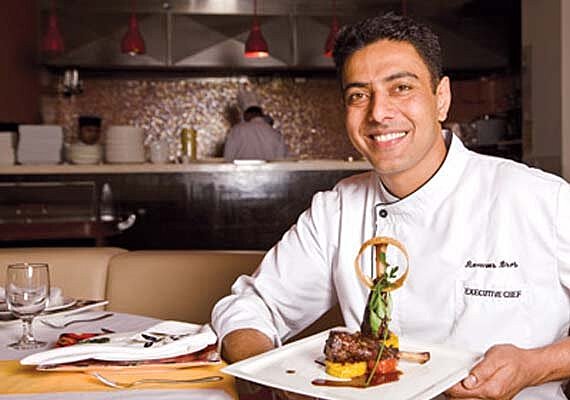 Ranveer began his career working in hotels in Delhi and by the age of 25, he had become the youngest executive Chef at Kafe Fontana. He later opened the Chocolate Box, a one-of-a-kind bakery where they produce chocolate live and craft bespoke chocolates. He later moved to Boston, USA, and opened Banq Restaurant. This restaurant won many prizes, including Wallpaper magazine's Best New Restaurant in the World as previously reported. The second restaurant he opened in Boston, Kashmir, also received the Best of Boston award in 2010. Following several years of success in the U.S., he moved home to India as the Executive Chef of Novotel Mumbai Juhu Beach.

This Michelin-starred chef comes from humble origins. His culinary journey began in his grandmother's kitchen in Amritsar. He has worked alongside many of the world's top chefs, most notably Gordon Ramsey and Bobby Flay.

Currently residing in New York City, where he operates his acclaimed restaurant, Junoon, Khanna has also catered dinner for former US President Barack Obama. Additionally, he was declared the "Sexiest Man Alive" by People magazine in 2011.

One of the founders of the famous Diva restaurant (in New Delhi), Ritu Dalmia is a native of the city of Kolkata. She first fell in love with the art of Italian cuisine while traveling in Italy as a young teenager.

At age 22, she opened her first restaurant "MezzaLuna", which specialized in Mediterranean cuisine with an "Italian accent", in Delhi, but it was not profitable and she sold it after a few years. She then moved to London in 1996, where she launched the first Indian fine dining restaurant with her partner. Although the restaurant was a great success and received good reviews, unable to move to London, Dalmia sold her shares to Verma in 2000 and returned to Delhi where she opened the Italian restaurant "Diva" with her partner. 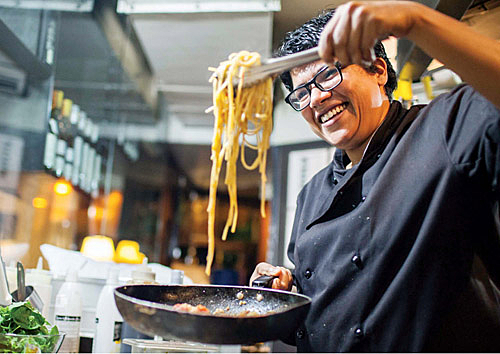 Despite never having been professionally trained, Ritu Dalmia has become one of the most prominent figures in the Indian culinary world, with her shows, "Italian Khana" and "Travelling Diva". She also started Depot 29, in Safdarjung Enclave.

A native of Jamshedpur in eastern India, Atul, awarded Michelin Stars, launched his cooking career in the best hotel restaurants in the country. In 1994, his culinary talents drew him to London, where he launched the Indian restaurant Tamarind in Mayfair. 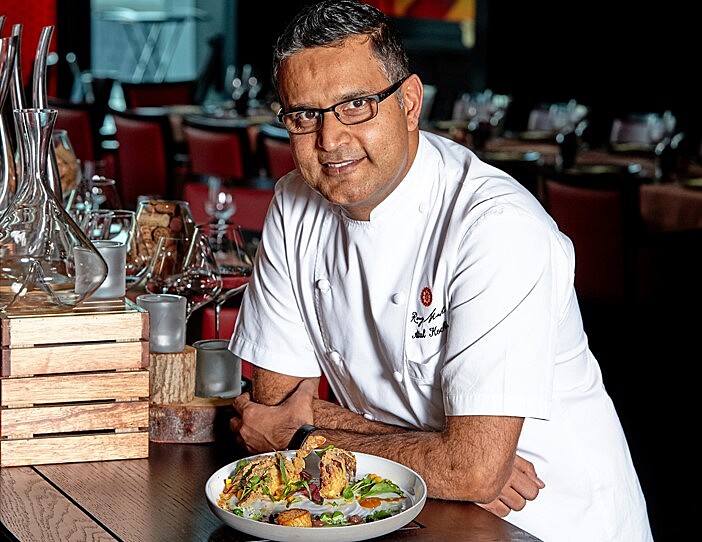 At the age of 31, he became the first Indian chef to be honored with a Michelin star, and a few later, he was awarded his second Michelin star. He has since launched various other Indian restaurants in the British capital, following in the footsteps of his previous fine dining ventures. Always unsatisfied with the standard of his craft, he travels to his home country when possible to explore new recipes and spices.

Chef Sanjeev Kapoor is the most prominent figure in Indian cuisine. He is an outstanding chef, operates a successful TV channel, FoodFood, he has been the host of Khana Khazana TV cooking show on TV for more than 17 years. Furthermore, he is the author of more than 200 best-selling cookbooks, a restaurateur, and has won several culinary awards. 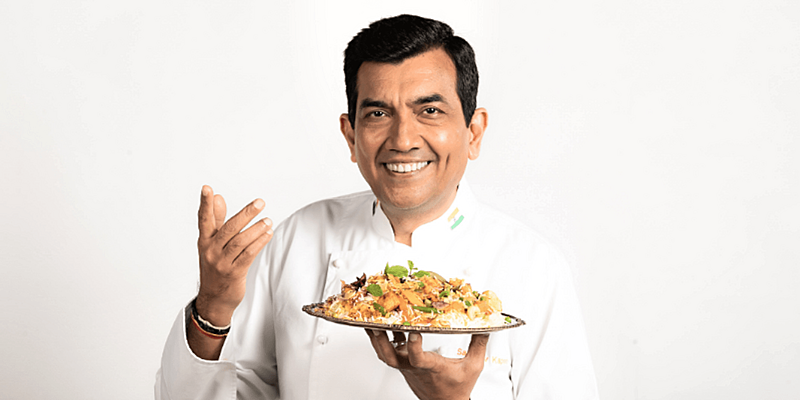 He is fulfilling his vision of establishing Indian cuisine as the world's premier cuisine and empowering women by harnessing the art of cooking. A comprehensive cookbook with over 10,000 tried and tested recipes, videos, articles, tips, and stories, and a wealth of information on the art and craft of cooking in English and Hindi, His recipe portal www.sanjeevkapoor.com is a must-read for women.

Despite the diversity of their backgrounds, these chefs have one common denominator.
In addition to their home country and their love of cooking, their desire to succeed and a willingness to follow their dreams and develop their art by pursuing a career abroad.  So, the lesson here is that you will never know which road will lead to success unless you try; only then will you find your true calling and make your dream a reality.

In a nutshell, you too can become a world-class chef and receive Michelin stars, all you have to do is take the first step by taking your career abroad! You will eventually succeed.

Placement International is here to help you grow your career abroad and develop your profession.  Don't hesitate and start your journey today by sending your CV to info@placement-int.com or by creating your profile on the portal here.

Most Influential Faces in the Indian Hospitality Industry